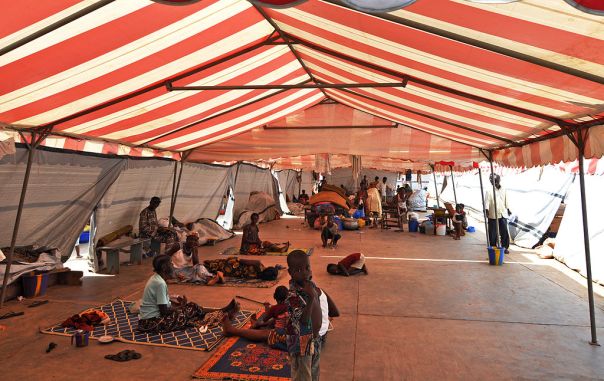 Cocoa has been a major source of wealth as well as one of the major causes of chaos in Africa. The conflict over cocoa resources disrupted the larger political struggle; it created ethnic and socio-economic instability, which became the basis of civil war in countries like Cote d’Ivoire. In 1960, Cote d’Ivoire (or Ivory Coast) won its full independence from France and Félix Houphouët-Boigny became the first president of the independent country. The new Ivorian president welcomed immigrants and made Ivorian land freely available to those who wanted to grow coffee and cocoa. In this decision lies the secret of the economic growth of Cote d’Ivoire and the causes of its downfall.

This essay will argue that literature has tended to focus more on the trade and market issues related to cocoa instead of focusing on dynamics that are largely relevant to the local African context, such as violent political conflicts caused by cocoa farming. Cocoa producing countries in Africa have suffered several outbreaks of conflict, especially in Cote d’Ivoire between 2002 and 2011 which resulted in the death of 3,000 people [1], yet the role played by these countries in the global chocolate industry is little known. Furthermore, numerous organizations have been established to regulate the trade of cocoa and its distribution; yet nothing has been done to resolve or even advocate the political massacre caused by cocoa farming in African countries. This essay will provide a deep investigation into violent political conflict caused by cocoa farming in African countries by looking at the example of Cote d’Ivoire. Historical complexity and the current state of conflict will be examined. Finally, this essay will conclude with recommendations for contemporary cocoa industry and regulatory organizations on how to tackle such conflict. 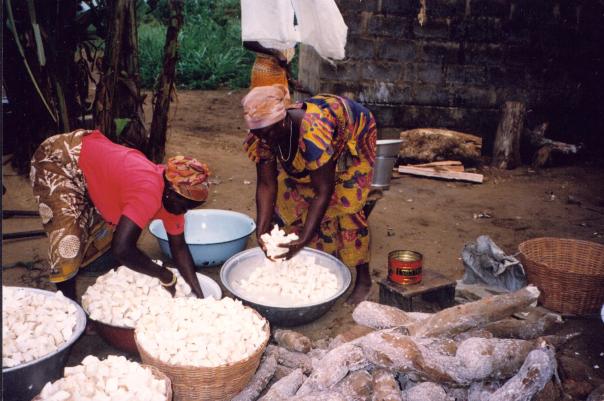 History of Cocoa and Chaos in Cote d’Ivoire

It was late 19th century when Africa began producing cocoa on a significant scale. The first recorded large-scale production was in the 1880’s from Portuguese plantations on the islands of Sao Tome and Principe [2]. As noted by the 2004 Anti-Slavery report, these cocoa plantations run by French colonists became infamous for using slaves, despite slavery having been officially abolished in 1875. Between 1888 and 1908, over 67,000 people from the African mainland were shipped to Sao Tome and Principe islands.The low oil and rubber prices in Cote d’Ivoire encouraged people to cultivate cocoa and the proper cultivation began by 1890’s [3].

The history of cocoa and related violence goes back to 1900’s with French authorities “corrupting local chiefs, evicting communities from forests in the south and forcibly displacing tens of thousands of people, mainly from the north and from Burkina Faso to work on the cocoa plantations”[4], as claimed by the Global Witness report. The report also claims that small farmers protested against the higher cocoa prices paid to the French plantation owners. During this period of time, Félix Houphouët-Boigny, a cocoa farmer himself formed an agricultural union called Syndicat Agricole Africain (SAA) in 1944 and was elected as Côte d’Ivoire’s representative to the French parliament. After spending two years in French parliament, Boigny was able to secure a law in 1946 ending forced labor in Cote d’Ivoire . The ban on forced labor happened at the same time as the cocoa prices were high on the world market. This resulted in large portion of population moving to the  forested area of Cote d’Ivoire to cultivate cocoa. Due to his extreme popularity, Boigny was elected as first president of independent Cote d’Ivoire in 1960.

Under the administration of President Boigny, hundreds of thousands of immigrants came in search of land to cultivate cocoa. As Orla Ryan recalls in her book, Chocolate Nations: Living and Dying for Cocoa in West Africa, some came from Boigny’s own ethnic group, the Baoule. A large portion of farmers came from Northern Cote d’Ivoire, Burkina Faso, and Mali. For years, the indigenous tribe, Bete, welcomed and worked alongside migrants and foreigners from Burkina Faso and Mali to cultivate cocoa. Many Ivorians moved to big cities to be part of the new urban economy. They sell or rented their lands to the foreigners who wanted to farm them and plant cocoa. With thousands of cocoa farmers, Cote d’Ivoire produced some 67 000 tons to 880 000 tons of cocoa from 1960 and 1989, which made it world’s largest producer of cocoa[5]. However, the economic growth of the country was also the beginning of the hostile  relationship between host and migrant populations.

The country accounted for around 40% of world cocoa production and cocoa became the economic resource of the country, representing on average 35% of the total value of Ivorians exports, worth around $1.4 billion. [6] To make country open to foreigners, President Boigny issues a statement saying, “The land belongs to he who cultivates it”[7]. This led to the ownership of big portion of land by immigrant population. However, the world price of cocoa was falling which created an atmosphere where foreigners were not welcome in Cote d’Ivoire anymore.

Adding to the problem, in 1933, after 33 years in power, President Boigny died and as did his economic policies. A long government policy to welcome foreigners and to give land to those who want to cultivate cocoa was changed when Laurent Gbagbo, from Bete tribe, was elected as the president. Confronted with a crumbling economy, Gbagbo used his presidency to reinvigorate the Ivorian citizenship rights, attempting to build a campaign by arousing Ivorian patriotism and nationalism. The newly elected president declared that the land given to the settlers under President Boigny cannot be claimed by them and should be returned to the native Ivorian owners.

As Mitchell writes in his paper, Rethinking the Migration-Conflict Nexus: Insights from Côte d‟Ivoire and Ghana, this policy of Gbagbo was central to the conflict and was deeply embedded in the rise and fall of the country’s cocoa sector.Much of the cultivated land was allocated to the foreigners at the time, which made it almost impossible for them to leave their crops. These foreigners became the victims for the financial crisis encountered by the native Ivorians and came under extreme pressure to leave the country. In 1990, non- Ivorians lost their right to vote thus deprived of their right to claim any land.

In 1998, law was passed declaring that only people of Ivorians nationality could own rural land. The law posed several problems for the thousands of immigrants who had cultivated and owned the cocoa crops for generations. The land purchased under President Boigny was rather informal which was often affirmed through handshakes or poorly written documents. Now in legal terms, such informal agreements meant nothing. Riots took place between the foreigners and natives in the west of the country, where most of cocoa was cultivated. The operation to seize land from the foreigners was launched, fueling violent tension between the communities. For the next decade, Cote d’Ivoire was split into two parts: the rebels controlled the north, while the government controlled the south. Where once the fight was over gold and diamonds, cocoa became a weapon of war.

According to a report by United Nations Human Rights Watch, between 1,500 and 2,500 Liberians fought for the government of Côte d’Ivoire, while almost 1,000 were thought to have fought among the ranks of Ivorian rebels. [8] Human right abuses were committed by conflict over land ownership. By the end of 1999, about 15,000 Burkinabe and northern Ivorians left the country in a bloody conflict between migrants and native people.

With the new nationalist concept, President Henri Konan Bédié, successor of Boigny, distinguished between “foreigners” and “true Ivorian”. The concept was incorporated into the new electoral code in 1994, which stated that candidates of the Presidency and for Deputy in the National Assembly must be Ivorians by birth, with Ivorian parentage, having neither renounced Ivorian citizenship nor taken the nationality of any other state. [9] This law was seen as a deliberate effort to prevent Bédié’s rival, Alassane Ouattara, from the presidential elections. Ouattara was Muslim and had Burkinabe origins.In excluding Ouattara from presidential elections, the northerners perceived this as a systematic discrimination. As a result of this, nearly two million Burkinabe (most of them cocoa producers) found themselves subjugated.

Economic stagnation caused by the falling prices of cocoa resulted in a coup in 1999 led by General Robert Guei who ousted President Bédié. When the presidential elections took place in 2010, after years of postponement, the country’s second civil war broke out, claiming the lives of more than 3,000 people.

Cocoa accounts for a significant proportion of the Cote d’Ivoire government’s budget as well as the conflict. The Ivorian economy and especially the trade of cocoa lack transparency and accountability and involves significant amount of corruption. An estimated 10% of Ivorian cocoa production is now under the control of the rebels. These rebels charge indirect tax on the cocoa trade. The conflict in Cote d’Ivoire caused a sharp increase in the price of world cocoa. For example, in October 2002, after the coup attempt, the price of cocoa reached its highest level since the 1970’s and 1980’s at $2,367 per ton. [10]

According to a 2007 report by Global Witness and World Bank, some leading national cocoa institutions have contributed to the war by providing the government with “money, vehicle and weapons”[11]. As noted by the report, these contributions were made at the same time as the government forces were conducting worst human rights violations. Furthermore, government and rebel leaders in Cote d’Ivoire siphoned off millions of dollars from the cocoa industry to finance the 2002-03 civil war. According to the report, the Ivoirians government received more than $58 million from institutions and cocoa revenues, while the rebel forces pocketed about $30 million since 2004 in taxes and revenues[12]. The profits generated from the cocoa sector remain potential weapon for the conflict and little has been done to break the link between cocoa institutions and armed groups. 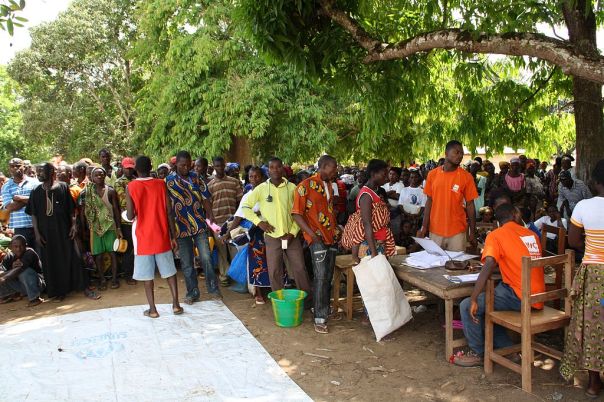 Following are few recommendations for cocoa industry and regulatory organizations such as United Nations:

Companies buying cocoa from Cote d’Ivoire should perform extra considerations on their purchase to demonstrate that they are not providing money that is being used in the war effort, which results in human rights violations. These companies should make their purchase more transparent by publishing the information on how the cocoa was imported from such countries. Especially, if the cocoa was purchased from the areas controlled by government or rebels, how much direct and indirect taxes were paid. These cocoa-buying institutions should also publish information on the locations of their bank accounts (as most of them have off-shore companies) and should publish annual audit reports.

Cote d’Ivoire gained its independence from France in 1960 under the leadership of President Boigny. During his administration, Boigny welcomed immigrants and made Ivoirians land freely available to those who wanted to grow coffee and cocoa. Cote d’Ivoire witnessed a boom in its economy and became world’s largest cocoa producer. The production of cocoa relied on the immigrants who mostly came from Burkina Faso and Mali. To ensure labor rights, President Boigny extended their right to live and gave a decree ensuring ownership of the land they cultivated. As the cocoa prices fell around 1980s, the government replaced taxation with subsidies for the immigrants. The foreigners faced hostility from the natives. Between 2002 and 2011, Cote d’Ivoire suffered several conflicts mostly between the government and the cocoa farmers in the north. This led to the bitterly contested election in 2010, whose outcome led to the Second Ivorian Civil War. Around 3,000 people were killed, and hundreds of thousands displaced.

Numerous organizations have been established to regulate the trade of cocoa and its distribution; yet nothing has been done to resolve or even advocate the political massacre caused by cocoa farming in African countries. For the past decade, both sides in the conflict-government and rebels-have benefitted from significant corruption through cocoa trade. Companies buying cocoa from Cote d’Ivoire and such other countries should ensure that the money from cocoa trade is not fueling the conflict.