I remember the first time my mother prepared hot chocolate for me the way she used to drink it as a young girl in Colombia. Everything about the process was foreign to me – this was not the Swiss Miss hot chocolate packets I was used to heating up in the microwave. As the milk and bitter chocolate bar began to boil in the chocolatera my mother used her molinillo to mix the concoction until it was frothy – a very important step my mother said. Then she added cinnamon, honey, and a pinch of nutmeg. The finishing touch though was the cheese she cut up and put at the bottom of the mug before pouring the hot chocolate on top. 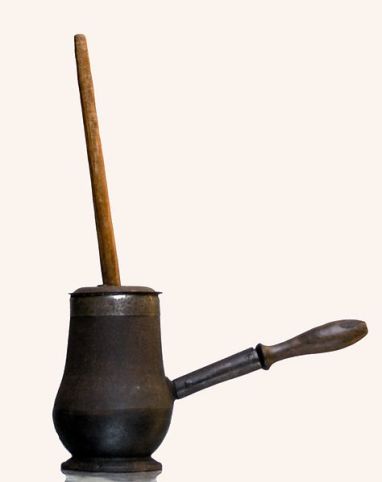 Historic chocolatera from Spain, image from the Museum of Ethnology, 2008

There is a certain attentiveness and level of care needed when making Colombian hot chocolate, similar to the attentiveness I can imagine that was needed by the Mayans and Aztecs when preparing the preferred meal of gods (McCabe 2011). Women were often the ones in Mesoamerica who had to provide this attention as making cacao was a job often given to them.

Making cacao was a gendered labor where women often did the grinding and preparation and men were able to enjoy the drink with one another. On the Princeton Vase a woman is depicted pouring chocolate from one vessel to another while an old god is seated on a throne, presumably waiting to consume the frothy beverage (Coe & Coe 1996). While women were considered less powerful than men in Mayan society their part in the preparation of chocolate is of importance given that cacao was considered the food of gods and used in important ceremonial rituals.

The indigenous women of Mexico were described as having an immense amount of knowledge of cacao by the Spanish author, Bartolomé Marradón. He wrote of the women walking around the market with their vessels and molinillos, selling drinking chocolate, and trading knowledge with one another (Norton 2006). This knowledge was not only valuable in order to sustain the quality of the food itself. It was also important in helping to sustain the Mesoamerican culture. When the Spanish arrived many of the men began relations with the native women and a creole culture began to form. The native women were in charge of the household matters and helped the men and their creole children acculturate to Mesoamerican culture. The native women were “cultural intermediaries” and the Spaniards were dependent on their knowledge which they then brought back to Europe. 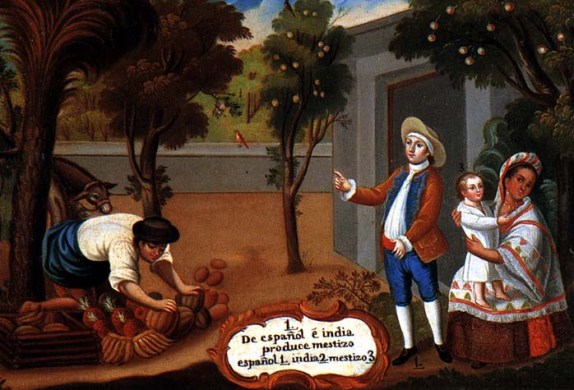 Painting of mestizos at the end of the 18th century or beginning of 19th century. Unknown author, public domain.

McCabe, M. (2011). Cuckoo for Cacao: The Significance of Cacao Use Among the Maya. Undergraduate Research Journal.