Currency is the most influential object or idea to ever grace humanity. Wars have been fought, people have been killed, and important decisions have been made all because of money. Whether we realize it or not, money impacts our everyday life, and a lot of the decisions we make are based upon money or the potential to acquire more. The concept of currency hasn’t really changed throughout history, but the medium in which we exchange has. Back in the time of Mesoamerica money quite literally grew on trees, instead of the paper currency we use today, Mesoamericans used cacao beans as currency. Using cacao beans as currency really signified just how important cacao was to the Mesoamericans, and was also an excellent medium of currency for them
. 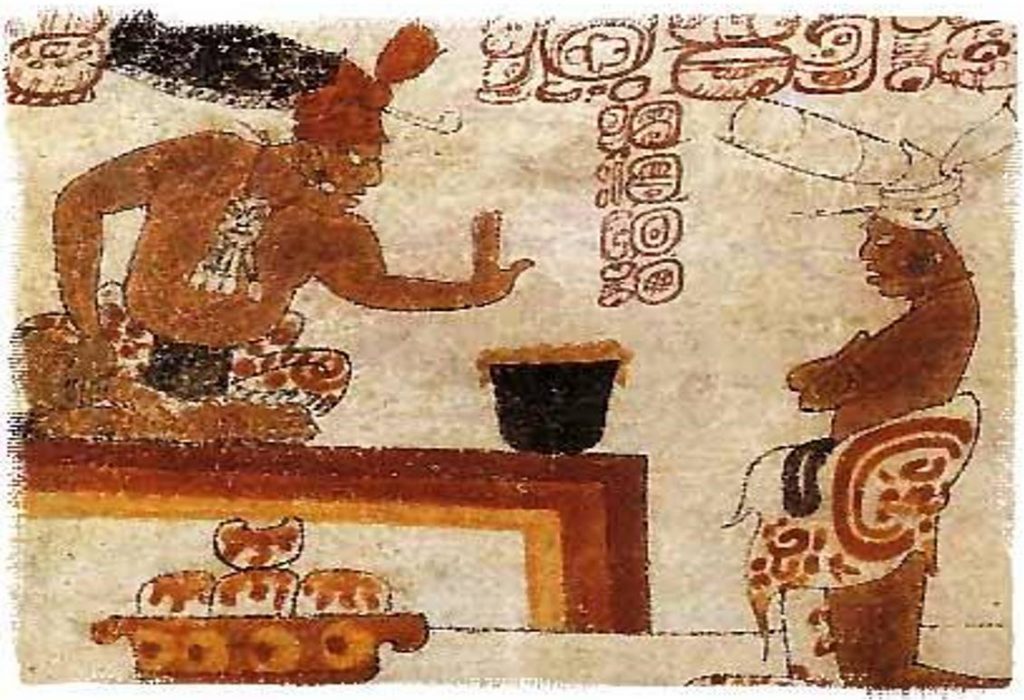 Cacao was a staple for mesoamerican life and was used daily. At the time of the early Mayan’s, cacao beans weren’t exactly used how they are today, instead they were still bitter since the Mayan’s didn’t have the best roasting techniques, but still,  recipes consisted of an abundance of cacao. As time went on though, cacao gained much more of a cultural significance. Cacao became a sign of prestige, gained social importance, used during religious rituals and social gatherings, and much more. And even to this day, some Mayans and Spaniard grow chocolate as a cultural practice or  as a family tradition. (Garthwaite) 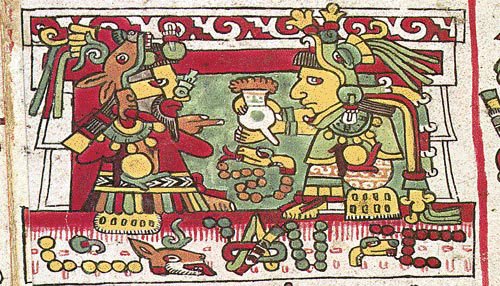 Cacao had been thought of by the Mayan’s as a “Food of the gods” and that it was found in the mountains by the gods and passed down to the humans after creation. In the early stages of chocolate, liquid chocolate drinks were only consumed by the elite and rich, and wasn’t like how it is today. Instead, chocolate drinks were spicy and sultry, as they were also mixed with an arrangement of spices (Jean). Other uses of cacao included medicinal uses. With a major ingredient in cacao being caffeine, the mayans used this in many different ways, soldiers would even consume cacao before battle to get more energy.

All of these factors contributed to the importance of cacao to the Mayans, making it an even better option of currency. Because of the already high cultural significance, it was an easy decision to add even more significance by also making it a currency.

The interesting part of cacao to me is how it was used as currency. Some may think it to be crazy how something you could grow in your backyard could be used as currency, but for the Aztecs and Mayans, it proved to be a pretty effective system. To be a good currency, there are three big factors: durability, convenience, and distinctiveness. Cacao beans embody all three of these characteristics, and paired with their already highly touted nature, they made for the perfect currency. Cacao beans are relatively small, easy to carry, have a smoothly rounded shape, and are distinguishable from other common beans (Sampek). In order to be used as currency, the object needs to be relatively rare or precious in order for it to be desirable and of want (Maré), which characterizes cacao beans perfectly. Keep in mind, Cacao serves a function moreso as a means of trade rather than a standard value of money.

How a Cacao bean looks and its uses (Lecture slide)

Although this may have seemed like you could have infinite money by planting an infinite amount of trees, that notion was wrong. In fact, Cacao needs to be grown under the right circumstances in order to grow successfully. Cacao trees are actually pretty picky in that they need the right amount of shade, water, and just the right soil in order to sustain life. And even under all of these conditions, it takes several years until the tree even begins to produce the cacao, which means a lot of labor has to be put in before you can begin to even see any earnings. (Sampek)

There were some flaws with cacao. Like modern day money, cacao was sometimes counterfeited. People would counterfeit cacao by emptying out the inside contents of the bean, then fill it up with mud to the appropriate weight (Maré). But with some disadvantages came many advantages, and cacao doubled as a currency as well as a staple in mesoamerican culture and cuisine.

Cacao played many roles in mesoamerican life from food, to medicine, being a social icon, to currency. No matter how you want to look at it, cacao defined mesoamerica and arguably was the biggest contributing factor to the culture back then. The use of cacao as currency showed just how significant it was in mesoamerican life, and also proved to be a great medium of exchange.

Garthwaite, Josie. “What We Know About the Earliest History of Chocolate.” Smithsonian.com, Smithsonian Institution, 12 Feb. 2015, http://www.smithsonianmag.com/history/archaeology-chocolate-180954243/.