Cacao’s origins date back to around 1000 BCE in present-day Mexico. The use of this plant then began to spread all around Mesoamerica and eventually around the world. The Olmecs and Mayans were the first to document cacao use. Historically, the word cacao has been used to refer to the raw material from the cacao tree; its etymology stems from the indigenous languages of Central America as adopted by the Spanish. 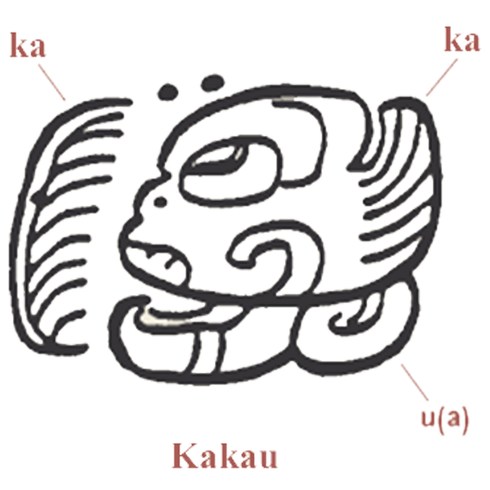 Maya name for cacao, deciphered from glyphs on Classic-period vessels that have been found to contain cacao residues. The origin of the word is uncertain, but it is believed to be the source for the Spanish “cacao.” When researching the history of cacao, historians found this symbol in many Mayan hieroglyphics. The symbol was in several vessels that could have possibly held cacao products, and used in stories to represent cacao. These artifacts and documentations helped historians date the origin of the crop. 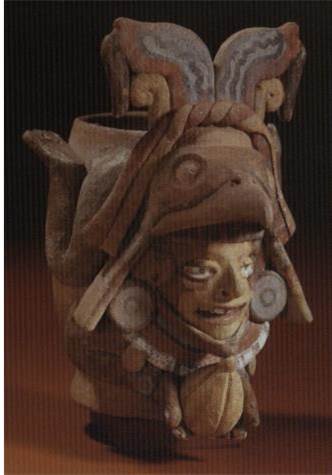 Cacao makes many appearances in religious aspects of Mesoamerican culture. The Dresden Codex (and Madrid Codex) are pre-Columbian Maya books written in hieroglyphics, only 15 such texts survive to present-day. Cacao is featured throughout, often being consumed by gods in ritual activities. Popol Vuh, or “Book of Counsel,” a colonial document from records of Franciscan friar, is believed to be the oldest Maya myth documented in its entirety. Cacao is featured multiple times in the Popol Vuh, but ambiguously – sometimes pedestrian, sometimes of godly or religious quality. Pictured above is the Mayan god “Kaukau” who is the divining god of cacao and maize. Artifacts like these further help us understand the Mayan religious practices and what roles cacao played in their daily lives. 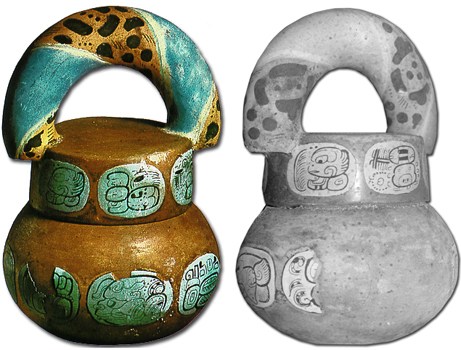 PIctured above are examples of cacao hieroglyphics being depicted on burial objects, the Rio Azul vessels (early Classic Maya). Rio Azul is an archaeological site of the Pre-Columbian Maya civilization. It is the most important site in the Río Azul National Park in the Petén Department of northern Guatemala, close to the borders of Mexico and Belize. The vessels pictured above were found at this park and the vessels provided historians with crucial evidence that supported cacao use. Chemical analysis can be. used to analyze the residue left in the vessels. Cacao only plant in this region with both theobromine and caffeine compounds. After being tested, it was evident that these containers were filled with some form of cacao. This helped historians trace the path that cacao use took when its use expanded around Mesoamerica and around the world.