Chocolate has been consumed for over 4,000 years. Yet, it was consumed much differently at the beginning of its History, when it was actually drank as a bitter liquid beverage. Today, most of the chocolate available on the market takes a solid, edible form. The change through chocolate’s History did not only take place from a form of consumption perspective. Indeed, chocolate, in Mesoamerica and throughout most of its History was consumed as a beverage reserved only for the elite because of its exorbitant price. Globalization and mass production of chocolate products led to the spread of chocolate’s popularity; from being only available for society’s elites to becoming an affordable good accessible to members of all social classes. 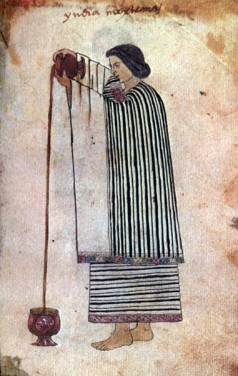 From its beginnings to the recent centuries, chocolate was reserved for each community’s elites. Klein writes: “The Mayans worshipped a god of cacao and reserved chocolate for rulers, warriors, priests and nobles at sacred ceremonies.” Simultaneously, during the 16th Century, drinking chocolate remained a Spanish secret. Indeed, through its decades and centuries of colonization, Spain was able to bring cacao and chocolate recipes back to the homeland without raising much interest from its neighboring countries. The high cost of transportation and production made it remain a drink for the wealthy. “Although the Spanish sweetened the bitter drink with cane sugar and cinnamon, one thing remained unchanged: chocolate was still a delectable symbol of luxury, wealth and power. Chocolate was sipped by royal lips, and only Spanish elites could afford the expensive import” (Klein). In 1606, the chocolate craze spread out of Spain, and the beverage made primarily of cacao was first introduced in Italy. The craze within the elite community was instantaneous, as chocolate spread among Europe’s nobility in 1615 when the daughter of Spanish King Philip III married French King Louis XIII. 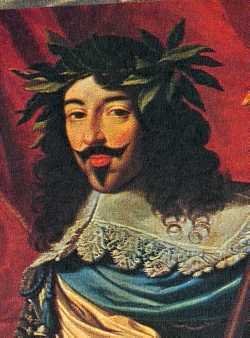 In 1657, the first ever English chocolate house opened its doors to the public. Much like today’s elite café’s throughout Europe, chocolate houses provided with the community’s elites with an opportunity to enjoy a hot drink, discuss political issues, participate in betting games, and socialize. “Chocolate houses in Florence and Venice gained notoriety in the early 1700s. Europeans preferred to drink their chocolate from ornate dishes made out of precious materials and crafted by artisans. Like the elaborate ceramic vessels of ancient Maya and Aztec rulers, these dishes were more than serving pieces: they were also symbols of wealth.” [1]

The second Industrial Revolution started at the beginning of the 19th Century. Through it, much like most industries in Europe and America, the chocolate business was forever changed. Dutch chemist Coenraad Johannes van Houten invented in 1828 what is, in a quite original manner, called the Van Houten press. “[He] invented the cacao press, which squeezed out cocoa butter from the cocoa mass. It allowed for the improvement of the chocolate’s consistency and also permitted the separate sale of cacao powder”[2]. Following Van Houten’s invention, many revolutionaries came together for improving the chocolate industry and making the products more accessible to all. Rodolphe Lindt furthered the ease of availability of chocolate products through his invention of the conching machine in 1879. It allowed for a more velvety texture and superior taste in the final product. Through the use of these developments and their implementation within factory assembly lines, chocolate was made more affordable, consistent in its production, and accessible internationally. 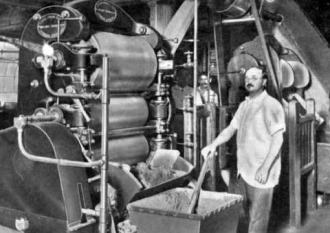